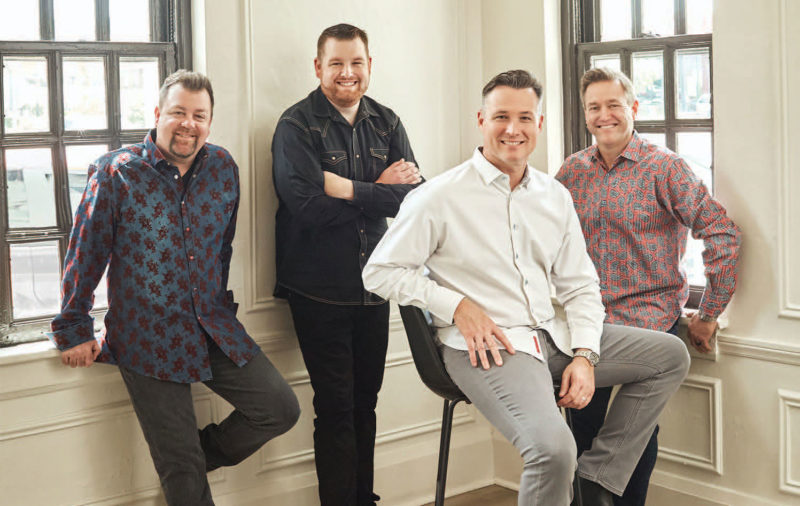 In 2003, The Old Paths began its ministry taking the group’s name from Jeremiah 6:16 which says, “Thus saith the Lord, Stand ye in the ways, and see, and ask for The Old Paths, where is the good way, and walk therein, and ye shall find rest for your souls.” With this vision in mind and a heart for ministry, founding members Douglas Roark and Tim Rackley started The Old Paths as a trio.

The group morphed into a quartet shortly after. They signed with Crossroads Music’s Sonlite Records in 2012. Their album Right Now was a breakout project for them producing two #1 hits, “Battlestand” and “God’s Great,” within a six-month span. In 2013, the group was named Favorite New Quartet, and songs like “Love Them to Jesus” and “Ordinary People” also quickly became fan favorites.

The quartet made the decision in2015 to come off the road for a while due to family circumstances. While the decision was not easy, they left the door open for a possible return to gospel music and touring. And when God opened that door for them in 2017, they were ready to walk through it. With a renewed passion for ministry, The Old Paths took the stage again at the Memphis Quartet Show in June 2017.

Tim, Doug, and Daniel found the right blend with Steve to be able to come together as The Old Paths again. Their project together, Long Run, was released in July 2017. The goal of the group has stayed the same after all these years to see people come to know Jesus Christ as Savior and to encourage fellow believers. They are thankful that God gave them the chance to return to the platform again to sing and encourage. They could not be more excited about this new stage of their ministry and to see what God has for the group in the future. 380500302