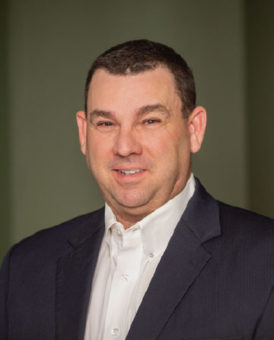 In accordance with People’s Electric Cooperative’s (PEC's) Bylaws, the Board of Trustees is pleased to announce the appointment of Mr. Robert York as the new district 4 trustee for PEC. The district 4 seat was left vacant after Guy Sims, the previous trustee, resigned.

Mr. York is currently the CEO of National Livestock where he has worked for 25 years. National Livestock provides first-class service to those in Oklahoma’s cattle business and is dedicated to providing cattle operators with marketing, purchasing, and financing services.

He is an alumnus of Ada High School and a graduate of East Central University with a Bachelor of Science in accounting. Robert resides near Stonewall with his wife Shelley. He and his family enjoy raising cattle, hunting, and fishing.

“Mr. Sim’s leadership and knowledge will be greatly missed, but we are confident Mr. York will represent the members and the co-op well.” said CEO Kevin Wood.

In January, PEC’s board notified all district 4 members of the vacancy via letter and requested their input.

“On behalf of the PEC Board of Trustees, I would like to thank all of the members who responded,” stated Jenny Trett, PEC Chairman of the Board and President.“With so many qualified members, it was a difficult decision for the Board, but we believe Mr. York will be a great representative for district 4.”

York was affirmed at the March Board meeting. He will serve the remainder of this term which runs through August 2023, at which time the regular district election will be held at the District 4 meeting.